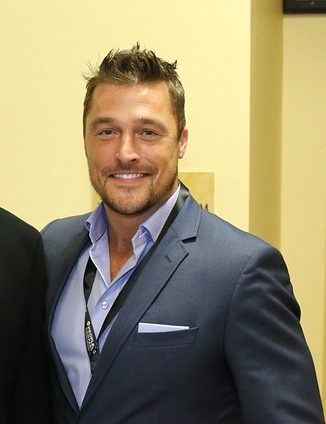 Former Bachelor star Chris Soules, known as “Prince Farming,” is fighting to avoid a possible five-year prison sentence for leaving the scene of an accident after he fatally rear-ended a man on a tractor with his vehicle. In Iowa, it is a felony to leave the scene of an accident before the police arrive if you are the surviving driver in a fatal accident. (You can read more about the facts of the case here and listen to the 911 call here.)

So, what is the difference between a criminal trial, such as what Chris Soules is undergoing, and a Civil trial, which is what most car wrecks involve? The answer is a LOT.

Let’s deal with the most obvious first.

When you are involved in a criminal trial your freedom can be, and often is, threatened. If Chris Soules loses his criminal trial, then he may spend years of his life in prison.

In a civil trial, most often money and/or property are won and lost. If one party loses the trial, the Court will force them to pay the other party money. Normally, nobody is going to go to jail in a civil proceeding.

Who Initiates the Proceedings?

I often have clients ask me if I can bring a criminal charge with the civil suit I am filing. The answer is no. I can sue somebody to recover money for your harms, but I cannot file a criminal case against them that threatens them with prison time. The state initiates a criminal trial. That usually means either the district attorney or the attorney general decides to pursue a criminal indictment or not.

Those are the most obvious differences. Now let’s discuss a lesser known, but equally important difference.

The more subtle difference, which is often very pertinent to your lawsuit, is what lawyers call the burden of proof. The burden of proof is the evidentiary standard you must prove to win your case.

In criminal cases, we have a very high burden of proof. It is a phrase many are familiar with thanks to television, movies, and books – “Proof beyond all reasonable doubt.” That is a very high standard. As it should be! After all, we are contemplating taking somebody’s life and liberty away here. It should not be done unless we are sure, beyond all reasonable doubt, that he is guilty.

The burden of proof standard when trying to prove negligence in a civil case such as a car wreck is much easier to meet. The burden of proof in these cases is said to be a “preponderance of the evidence” standard. This means that it is “more likely than not,” the defendant was negligent in his acts.

To help you visualize it, imagine the evidence as two block towers. The Plaintiff or Prosecution stacks up all of their evidence in one tower and the Defendant stacks up all of his in another. In a civil trial, if the Plaintiff’s tower is just a little bit taller than the Defendant’s, the Plaintiff has met their burden of proof and should win. In a criminal trial, the Prosecution’s tower has to be significantly taller than the Defendant’s in order to reach their burden. In fact, the Defendant can win their case with only one “block” of evidence if it creates a reasonable doubt as to his guilt – even if the Prosecutor stacks one hundred blocks!