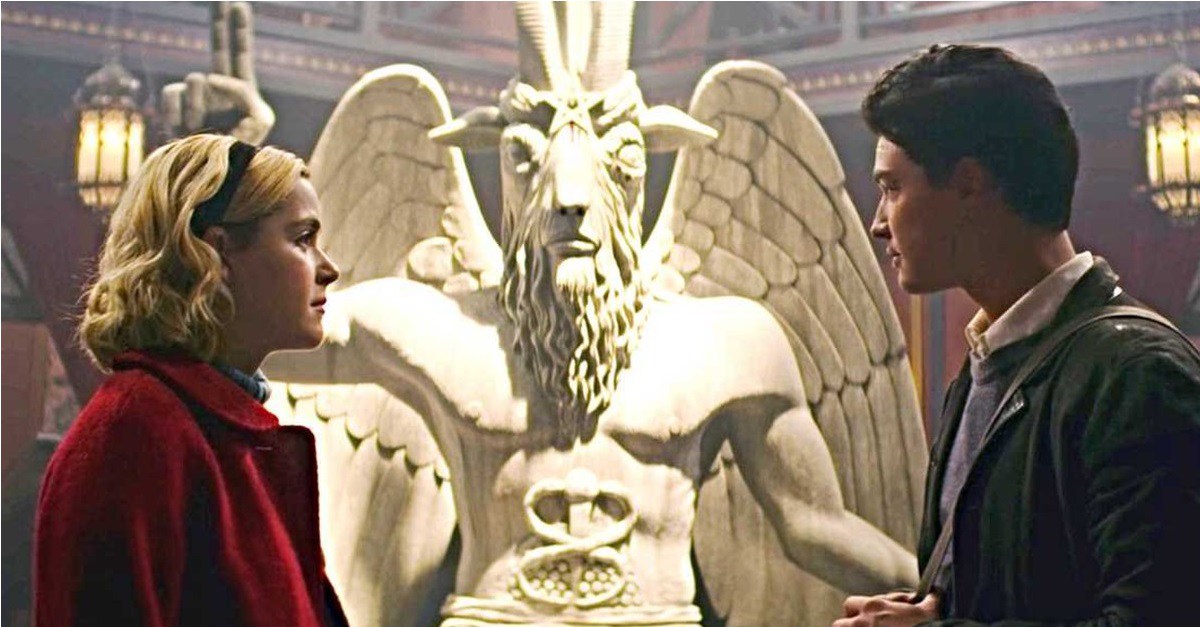 From the Bizarre Lawsuits File….

The Chilling Adventures of Sabrina is a new Netflix show that is a drastically different take on the 90s sitcom which starred Melissa Joan Hart.

In this much darker series, some of the character worship Satan.

Some of the scenes in the show take place in front of a monument of Baphomet. Apparently, the set designers decided on a depiction of Baphomet that seems to be lifted straight from an actual statue found in the real-life Satanic Temple. Co-founder of the Satanic Temple Lucian Greaves tweeted out the Satanic Temple’s intent to take legal action, comparing the use of the statue to a “fictional show that used a real mosque as the HQ of a terrorist cell,” or “A fictional Blood Libel tale implicating real world Jews[.]”

For purposes of comparison… pic.twitter.com/AZJvmq1Cks