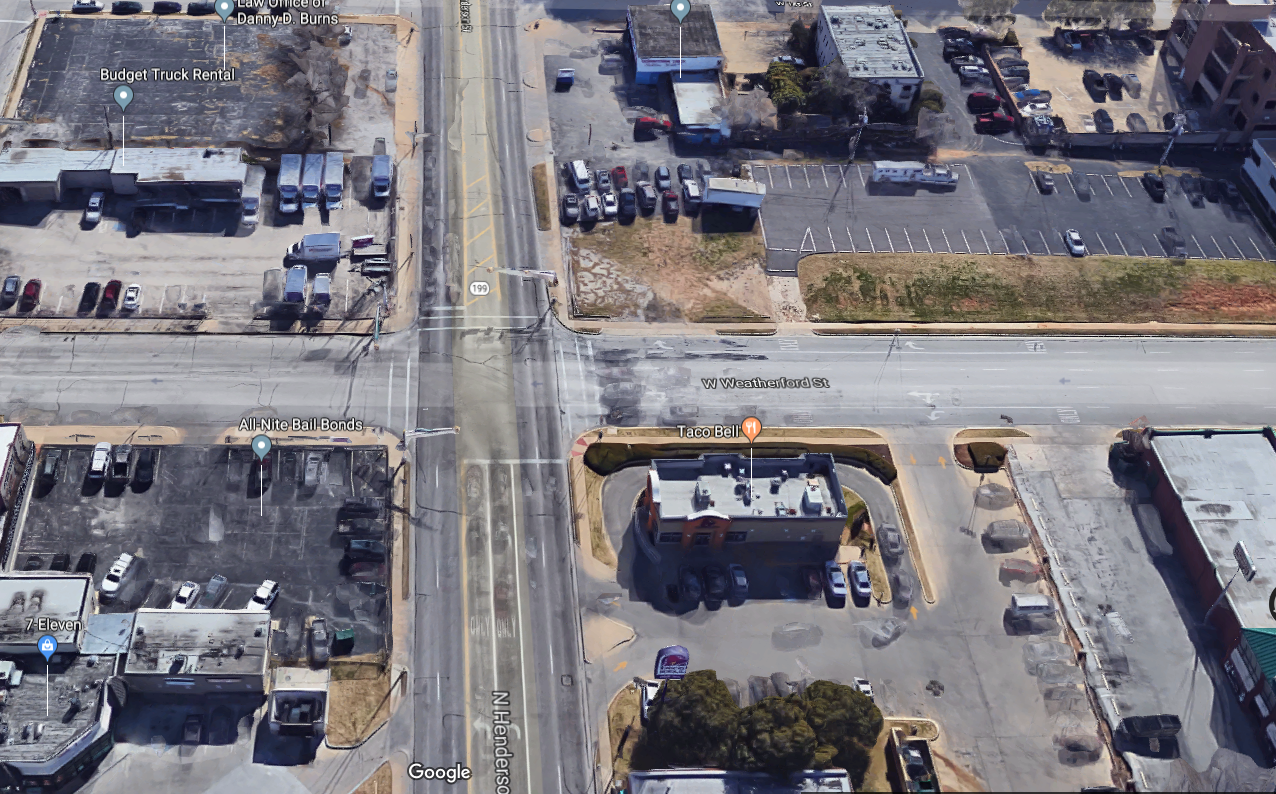 Brian White recently published a study showing the most dangerous intersections in Texas using data from the Texas Department of Transportation (W. Sam Houston Parkway and Bissonet Street in Houston, Texas led the list with 335 crashes, if you are curious).

Fort Worth checks in with seven dangerous intersections. The most dangerous according to the study is by far the intersection of Henderson St and Weatherford St, which had 119 crashes between 2012 and 2015. Henderson St checks in three times in this study, suggesting that you better buckle up if you find yourself driving on that street.

The Seven Most Dangerous Intersections in Fort Worth, Texas:

You can read the study for yourself and play around with a cool interactive map at this link HERE.